Getting more Snapchat friends is not as easy as the click of a button on Facebook, or smashing follows on Instagram. If you’re using this app to find more milfs on your roster then you’ll need to get your hands dirty and learn this app.

Snapchat is probably the most complicated social media platform out there. It was the first app to swipe omnidirectionally. Back when it came out, many people were instantly alienated away from it, because of its complexity and the lack of ease to make friends. Since then swiping in all directions as become normal and making friends is much easier.

Don’t let the complexity of the app scare you away from using this platform. It’s easily the strongest platform available to meet the hottest milfs and get her in the mood prior to meeting her.

This article goes into depth about the possibilities of making Snapchat friends, so listen up. 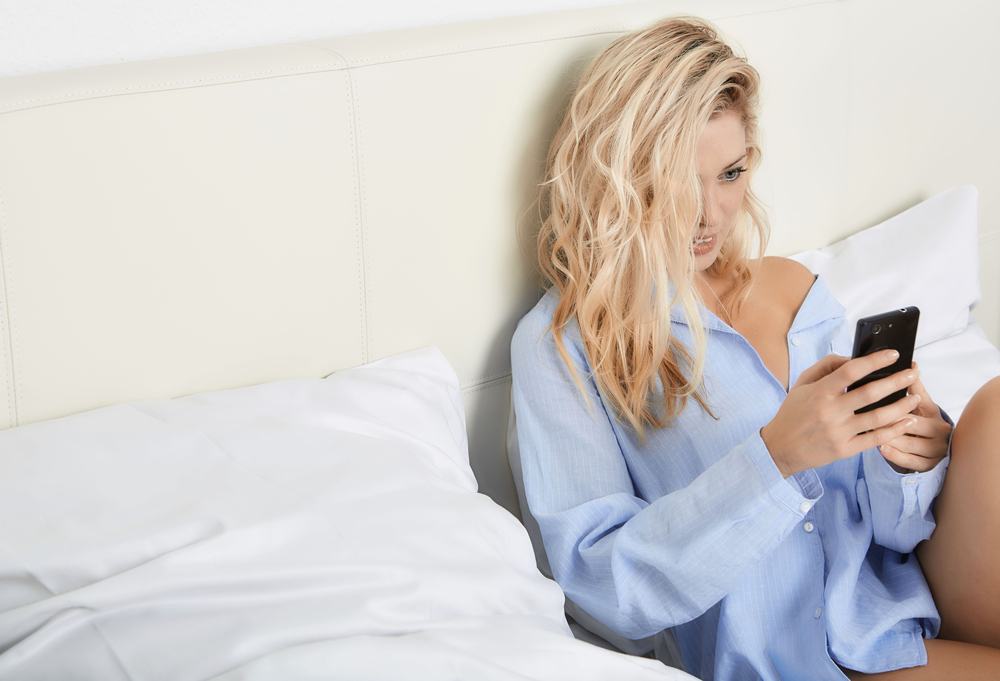 How many hot women do you know on Facebook? Probably a ton, but there’s a problem. Most women are afraid to post the really intimate stuff on Facebook because it’s public.

Snapchat is totally different. The images, videos, and texts disappear after you view them, which means you can’t send them to anyone else. If you think like someone that doesn’t want to get caught, you should encourage every woman you hook up with to use Snapchat over everything else.

Of course, it’s not fool-proof. If one was so inclined, a screenshot could be taken of the texts you send. This is why you should err on the side of snapping over texting. More on this later.

The point is you probably already a ton of friends on Facebook already, and migrating them to Snapchat friends will make communicating with them easier.

You can use your Snapchat Icon as your profile picture on many platforms. You can add it to your public profile pictures, so anyone you want can add you. This will get some of the ladies you’re after coming to you, instead of you chasing them.

Many guys think that Snapchat is just for kids. It’s actually becoming the go-to app for women over 40 to have affairs. Don’t believe me, check out this article from Telegraph.

If you frequent high-class bars where milfs are readily available, you will see Snapchat being used. Instead of asking for her phone number, ask her for her Snapcode. Wouldn’t you rather see her than just talk to her? Remember, phone calls and texts don’t go away unless you constantly delete them on your smartphone. Who wants to do that? That’s too much to remember.

If she’s doesn’t use Snapchat, get her phone number and after you sleep with her, encourage her to use Snapchat instead. Tell her it’s a good way to keep what goes on between you and her out of other people’s business. If someone were to get a hold of her phone, that information could become public knowledge, except when you use Snapchat the messages go away after one viewing.

Snap Instead of Texting

Like I said above, if you use Snap like a phone or text with it you’re not getting the best of the best of the app. You’re also putting you and your girl in jeopardy of getting caught or her exposing all of your business. When in doubt make a short snap video. That’s the best way to make sure your business stays with you and her.

Hookups requires a degree of secrecy anyway. If your goal is to make more Snapchat friends. Don’t hesitate to use the other functions to make your Snaps better.

At first, you may find it difficult to make Snapchat friends, just like it may be difficult to truly understand this platform, but here are the cliffs notes to get you started.

Use the Animal Filters Sparingly

Remember, those animal filters and lens have been out there for a while now. They are kind of getting played out, but it’s still not a bad idea to use them when the time is right for shits and giggles. Do you know what I mean?

Most milfs aren’t going to care if you know how to use the filters anyway. If your goal is meet your kind of Snapchat friends (e.g. smoking hot DTF cougars) you’ll do better in the long-run if you just Snap her to fuck her. Keep it on that level. If you get too into the app instead of into her pants, she’ll friend zone you.

Remember, the goal is to use the app to fuck milfs.

Posting Your Meals is Not the Best Way to Make Friends

Unless you’re a nutritional coach or helping someone with their diet, posting pictures of your meals is stupid. Once again, like the animal filters, post pictures of your food sparingly. Knowing who you’re snapping to is half the battle. Tailor your snaps to your audience.

Sexting Selfies is More For Her

The best thing you can do is allow her to make the first move when it comes to selfies. Selfies are one of the easiest things to get annoying with social media. It’s better to make selfie videos to deliver a message to her.

If you’re just taking a picture of you leaving work, nobody and I mean nobody is going to care about this. She’ll actually get really turned off.

If your goal is to make Snapchat friends with the intentions of getting laid you still have to play it cool. That part never goes away.

Lastly, you’ll no doubt run into the bat-shit crazy milfs every once in a while. Snapchat makes it easy to block people, so don’t hesitate to use it.

All you have to do is swipe from left to right, select a friend, hit the three bars at the top and select block. You can also remove your friend completely if you want, but I usually just block.

Obviously, that’s not going to stop her from coming to your house in the ‘real world’ to kick your ass, so you still have to mind your business and make things cool before you part ways. Hopefully, you won’t have to deal with that, but I just thought I would bring it up. There are a lot of weirdos out there, you know?